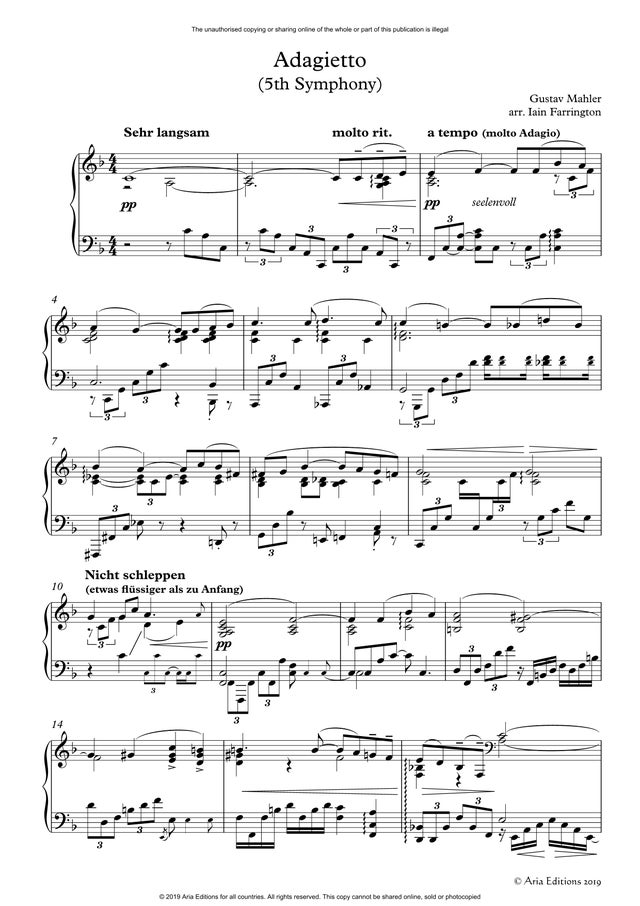 Gustav Mahler (1860-1911) composed his 5th Symphony in 1901-2, mostly on his summer breaks from conducting at the Vienna State Opera. The fourth movement Adagietto is scored for strings and harp only, and has become one of Mahler's most well-known and popular works. During the composition of the symphony, Mahler met Alma Schindler, who after a short courtship became his wife. The Adagietto may have been composed as a declaration of love for Alma, although the evidence for this has been debated. It has regularly been performed and recorded separately, and achieved notably widespread renown for its use in the 1971 film Death in Venice. This arrangement by Iain Farrington for piano solo is in a full, Romantic style, whilst maintaining the beauty and delicacy of the score in a clear, playable arrangement.