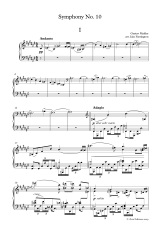 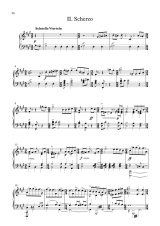 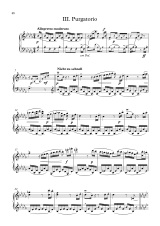 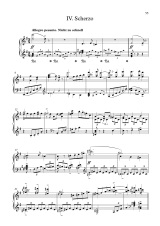 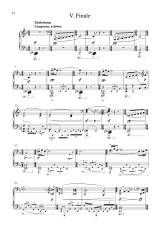 Gustav Mahler (1860-1911) started composition on his Tenth Symphony in July 1910 at his composing hut in the woods outside Toblach, on the Austrian-Italian border. While working on the new symphony Mahler was devastated to discover that his wife Alma was having an affair with the architect Walter Gropius. Much of the piece seems to be an emotional response to the turmoil in Mahler’s life, and the manuscript contains numerous written notations to Mahler’s wife. He sketched a five movement work in a short score format, completing a full orchestration of the first movement, with sketches for the other movements. By January of the next year, Mahler had contracted a serious infection and died in May 1911. The English musicologist Deryck Cooke prepared a completed version of the piece that was premiered in 1964. Cooke's version has become the basis for numerous other completions, and this piano solo arrangement by Iain Farrington is derived from Cooke's work. It is in a full, Romantic style, whilst maintaining the beauty and delicacy of the score in a clear, playable arrangement.