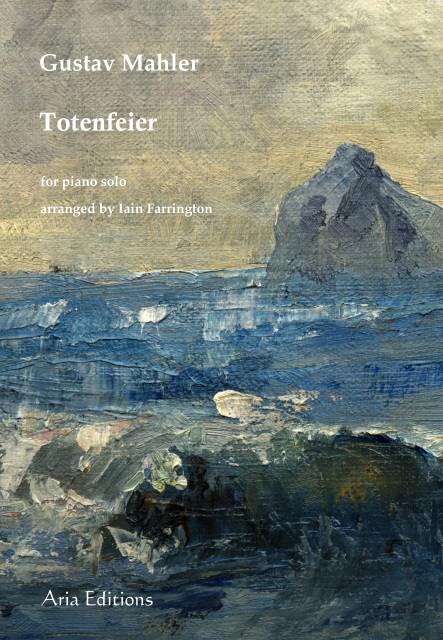 Gustav Mahler (1860-1911) composed the single-movement Totenfeier (Funeral Rites) in 1888 while he was conductor at the Leipzig Theatre, after completion of the First Symphony. It may have been conceived as a symphonic tone poem, a depiction of the hero from the First Symphony being carried to his grave, along with a search for the meaning of life and death. Mahler played the work on the piano to the conductor Hans von Bülow in 1891, when they were both working in Hamburg. After several years, he revised Totenfeier to make the first movement of his Second Symphony. This version by Iain Farrington of Totenfeier for piano solo presents the power and grandeur of the score in a clear, playable arrangement.