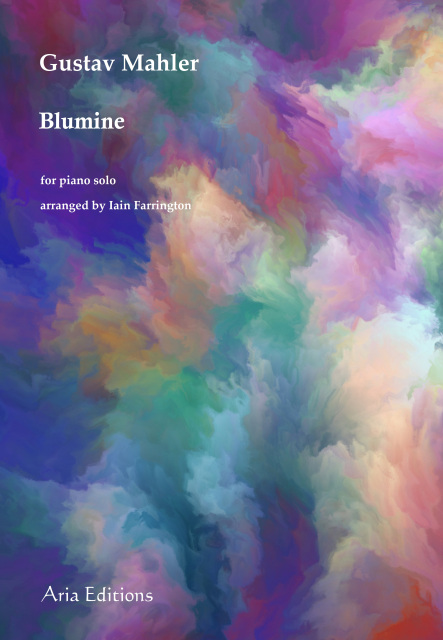 Gustav Mahler (1860-1911) composed the single-movement Blumine in 1884 while he was conductor at the Royal Theatre in Kassel. It formed part of his incidental music for a performance of the play Der Trompeter von Säkkingen (The Trumpeter of Säkkingen) by Joseph Victor von Scheffel. It is a charming, lyrical and Romantic work, possibly inspired by Mahler's love at that time for the soprano Johanna Richter. The title is derived from the word Blume (flowers) and is borrowed from the writer Jean Paul. In 1888 when Mahler was conductor at the Leipzig Theatre, he composed his First Symphony, incorporating Blumine as the second movement. After the third performance of the Symphony in 1894 in Weimar, Mahler removed the Blumine movement and never performed it again. This version by Iain Farrington of Blumine for piano solo presents the beauty and delicacy of the score in a clear, playable arrangement.