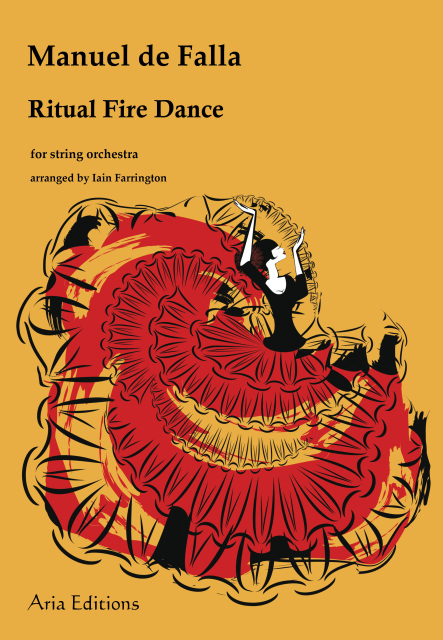 Manuel de Falla (1876-1946) composed his ballet El Amor Brujo (Love the Magician) in 1915, and it was first performed in Madrid. Originally scored for a singer, actors and small orchestra, Falla subsequently enlarged the work, completing a final version in 1924. In the story, a young Andalusian gypsy girl named Candela is haunted by the ghost of her unfaithful dead husband. In order to get rid of the ghost, a ritual dance must be performed. The gypsies make a circle around their campfire at midnight, and Candela then performs the Ritual Fire Dance. This causes the ghost to appear, although Candela does not succeed in exorcising him. The music is full of Spanish inflections and guitar-like textures, as well as a relentless and frenetic energy.