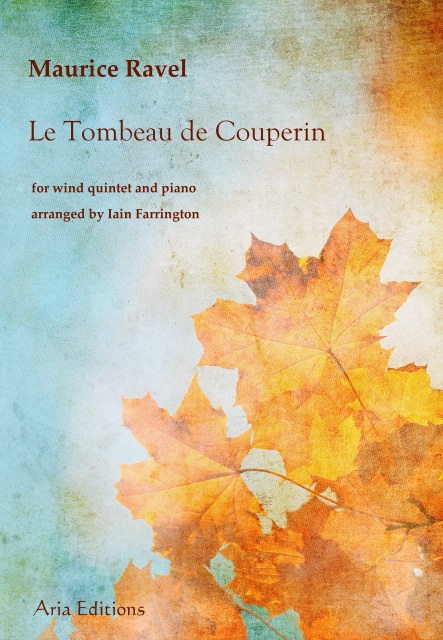 Arranged for wind quintet and piano

Maurice Ravel composed Le Tombeau de Couperin in 1914-1917 for solo piano. It was premiered in 1919, and that same year Ravel orchestrated the Prélude, Forlane, Menuet and Rigaudon. Ravel stated that the work was a homage to French 18th century music, rather than Couperin in particular, and the work imitates the dance suites of the period. The music employs the forms and rhythms of Baroque music, as well as much melodic ornamentation and certain stylistic keyboard techniques. This is combined with Ravel's modern harmony and 20th century use of dissonance. Each movement was dedicated to a friend who was killed in the First World War, but the mood is mostly tender and reflective rather than solemn. This arrangement for wind quintet and piano is based on both the piano original and Ravel's orchestration.