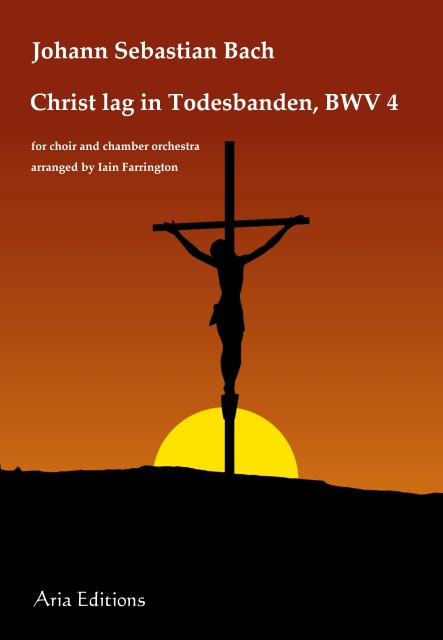 Johann Sebastian Bach (1685-1750) composed numerous cantatas throughout his distinguished career, and one of the earliest is 'Christ lag in Todesbanden', probably written between 1707 and 1713. The original scoring is for strings (with two viola parts) and four vocal parts. This arrangement was made in 2012 to precede performances of the opera 'Der Kaiser von Atlantis' by Viktor Ullmann. Ullmann’s opera was composed in the Nazi concentration camp at Thereisenstadt around 1943, and has an unusual chamber scoring. It finishes with the chorale 'Ein Feste Burg ist unser Gott' in a quasi-Baroque mould, drawing a direct link to Bach. The Ullmann scoring is replicated in this Bach arrangement, creating some piquant and 20th century timbres, especially with the use of clarinet and saxophone. Bach’s score is followed without alteration, but the reorchestration is free and varied. Where the original is for continuo with no harmony given, there are unconventional solutions provided. It is deliberately ‘inauthentic’ following in the tradition of Schoenberg and Webern‘s reworkings of Bach’s music.